Currently, a few members of our group (including myself) are working during our free time on Aces, to make it playable by everyone. You can take a look at our ModDb page or like our facebook page.

Aces is my graduation project, I’ve been working on it with 5 other people. I worked as a game designer and programmer on this project. Aces is a multiplayer action game, where players join squadrons to battle inside a 3D dynamic level.

2 teams of 5 is fighting each other to destroy their enemy’s base.

During the game, players can buy items to empower their plane. Each item give a whole new ability and each plane can have 3 abilities at a time.

As a game designer, I was working on the gameplay, behaviors, and the playtests. I worked on the planes 3Cs that needed to be accessible and simple yet give multiple piloting possibilities. I also worked on all the different systems required by our game, a new mix between MOBA and action.

As a programmer, I was in charge of the gameplay code, from the plane’s controls to all the systems, and all the different abilities.
I’ve also set up the network at the beginning of the production.

At the same time, I developed tools to help game and level designers to test the level, tools to optimize the assets integration pipelines, to optimize performance, and a lot of tools for the playtests.

We were working on iterations, based on the results of the playtests.

During a playtest, we were looking at the players, and at the end of it, we interview them.

With the tools I’ve developed, we also collected a lot of data concerning the actions of the players. 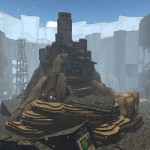 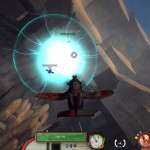 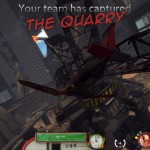 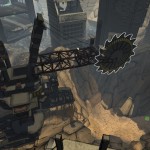 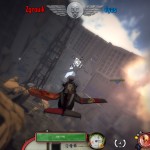